Kenneth “Kenny” Napper (born July 14, 1933 in London) is an English jazz double-bassist. Napper started out on piano as a child and picked up bass as a student at Guildhall School of Music. He entered the British military in the early 1950s, playing with Mary Lou Williams in 1953 during a leave period. After ending his term of duty, he played with Jack Parnell, Malcolm Mitchell, Vic Ash, and Cab Calloway. He was the house bassist at Ronnie Scott’s Jazz Club for several years and played with many British and American jazz musicians in the late 1950s and early 1960s, including Alan Clare, Ronnie Scott, Stan Tracey, Tubby Hayes, Tony Kinsey, Tony Crombie, Jimmy Deuchar, John Dankworth, Pat Smythe, Phil Seamen, Zoot Sims, Carmen McRae, and Paul Gonsalves. Later in the 1960s he worked with Ted Heath, Tony Coe, John Picard, and Barney Kessel, as well as with Gonsalves, Tracey, and Dankworth. In 1970 he played with Stephane Grappelli and moved to Germany, playing with Kurt Edelhagen from 1970 to 1972. While in Germany he focused more on composition and arrangement; later in the decade he moved to the Netherlands, where he arranged for radio ensembles. “Kenny Napper”. The New Grove Dictionary of Jazz. 2nd edition, ed. Barry Kernfeld.

At the age of twelve I was at a school with a thriving music department, two teachers and an orchestra in which I played the violin, alongside my main instrument, the piano. The music of Bach, Mozart and Chopin became the
foundation of my musical life and then, as a teenager, I fell in love with Jazz and the Hollywood musicals featuring music by George Gershwin an Jerome Kern amongst others.
Because I have a natural bass ear I became a bass player and after completing my Nation Service, a freelance musician in London. In the world of Jazz my playing years were an experience in TIME, an adventure in TIME, but when playing written arrangements there were times when what I had to play did not flow, too many notes awkwardly written, all of which played a vital role in my years as a writer.
In 1969 I read a book on music, written by Spanish composer Roberto Gerhard in which I came across the following thought: ‘You must remember Music takes place in TIME’, which could be seen as a truism or, bearing in mind that Einstein showed us the true nature of TIME, something to be wondered at.
Reading a book takes place in TIME but the words do not change their meaning according to how quickly hor slowly you read them, nor in their meaning coloured by or given significance by TIME. TIME takes place in MUSIC.
On my  website is to be found a selection of the best of what I wrote. A few words of explanation: The title ‘The Razzmatazz Me Blues’ is a play on ‘The Jazz Me Blues’ and ‘Sing Me A Choir’ has lyrics based on nursery rhymes.

The word ‘arrangement’ has no fixed meaning and for me it means compound variations, melodic, harmonic and rhythmic, on a given theme. In Jazz you have that thing called Swing, without which it don’t mean a thing, but in all music there should be Flow and Forward Motion. My love for melody is to be found in ‘The Jerome Kern Medley’ played by the Rotterdam Filharmonic, a labour of love indeed.

‘Celebration’ is the summation of my life in Jazz and Classical Music and in it the pianist (Cor Bakker) improvises on the piece, not on the chords, and the last eight bars of his solo are his version of what he has heard in the piece, that is the spirit of the improvised cadenza of olden times. Wonderful!

My great good fortune has been to have had my music played by so many fine musicians bringing it to life with their vitality and musicality. At the end of ‘The Lady In The Van’, Alan Bennett sits musing at his desk and makes the following observation: ‘You don’t put yourself into writing, you find yourself there.’ Music to my ears! Whilst I was writing I was only aware of choosing the notes and only later did I realise that I’d peen putting my heart and soul into it. 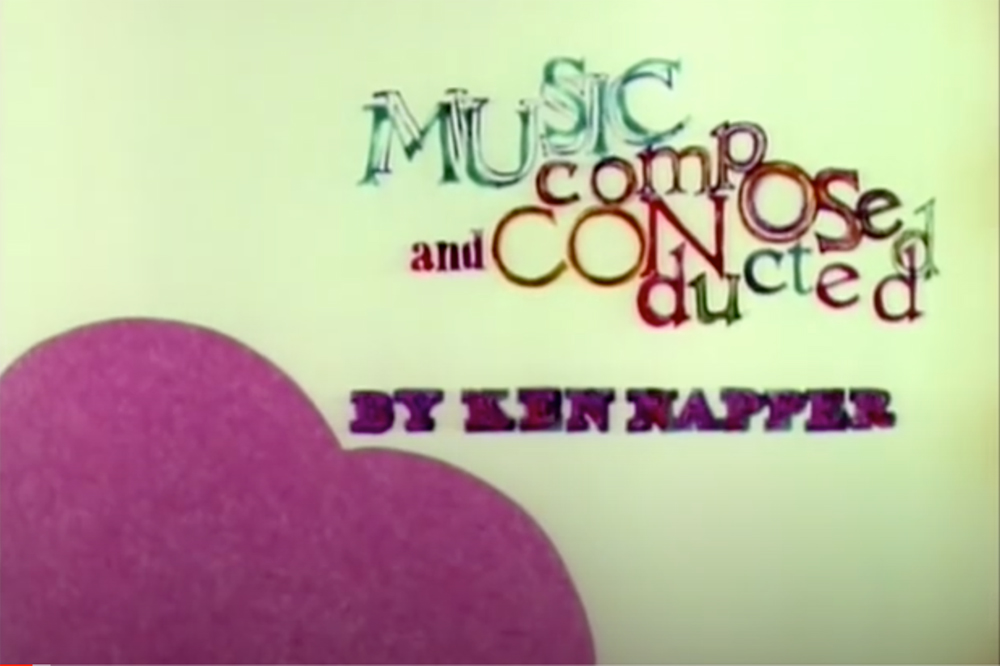 In 1966 Kenny Napper composed the music for Robert Fuest’s first feature film Just Like A Woman with Wendy Craig and Francis Matthews.
If you want to see the movie, just click on the link:
Just Like A Woman